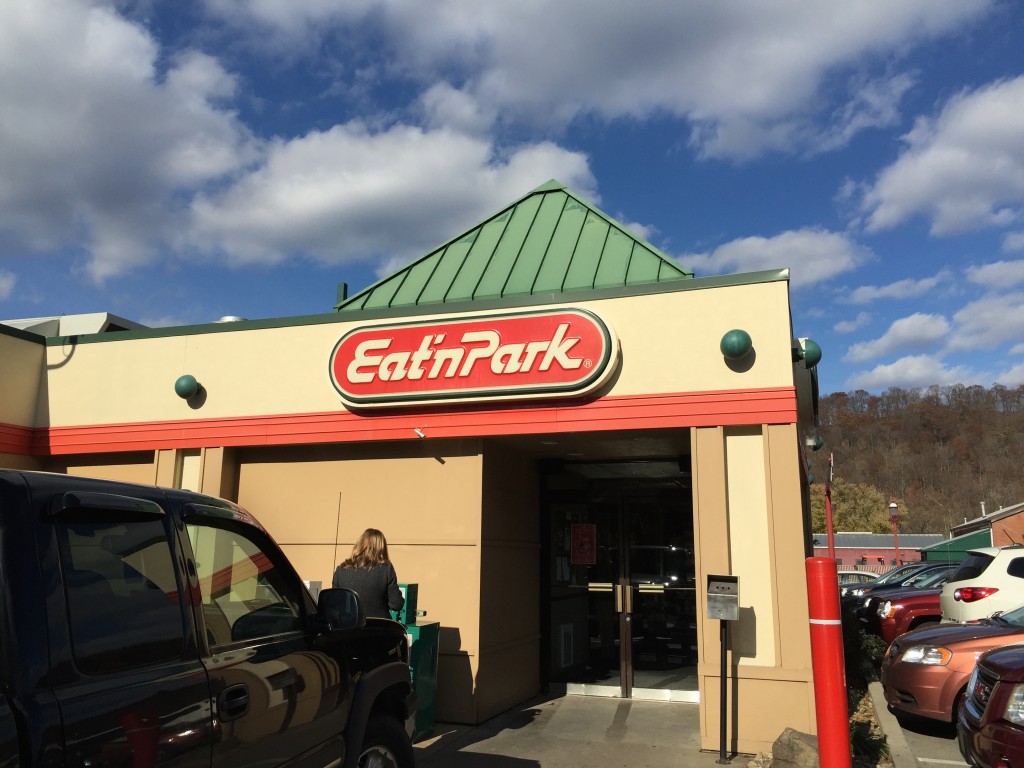 So I had this really great meal at Eat’n Park restaurant the day….

I accompanied my girlfriend to Eat’n Park in Monongahela last Sunday morning. We went to meet her mother in law after church for a quick bite before the lunch crowd arrived.

I can’t remember the last time I ate at Eat’n Park- it was probably four years ago when my father was visiting. I’m fairly certain I ordered some typical breakfast fare- probably an omelette, or pancakes, or French toast.

On this day there were seven of us, and we were famished. Our plan was to eat a quick breakfast and make our way home- the Steelers were set to play the Jets at 1pm.

After 20 minutes of hanging in the lobby admiring the smiley-cookies, our party of seven was seated- the table was impeccable clean, and we were ready to eat! Our jovial waitress, (dressed in her best Steeler garb) took drink orders and hurriedly handed out plastic menus. Apparently, Eat’n Park has all these cool flavored cappuccino drinks; they’ve been keeping up with the hot java trends. As I looked over the menu, I noticed a table tent promoting their seasonal desserts- the pumpkin cake was looking mighty fine. 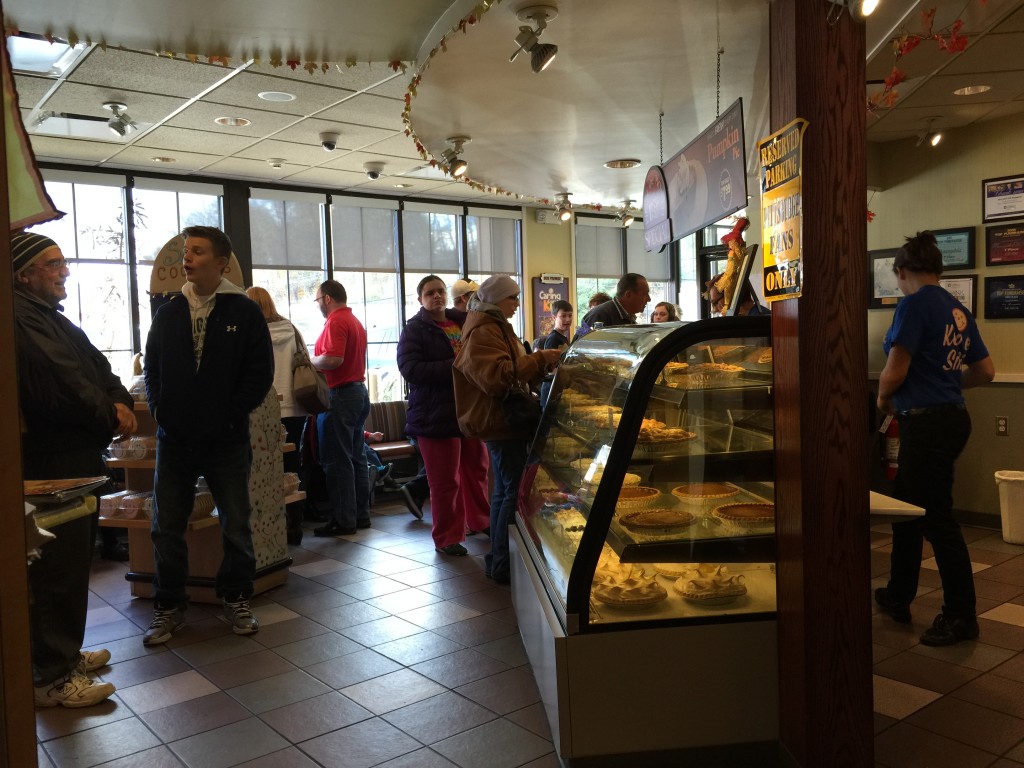 A bowl of chicken noodle soup was ordered as an appetizer, and arrived piping hot with a mound of delicious country-style noodles. I was surprised at the generous portion, and a little envious of the cinnamon rolls that accompanied the bowl of hearty chicken broth. 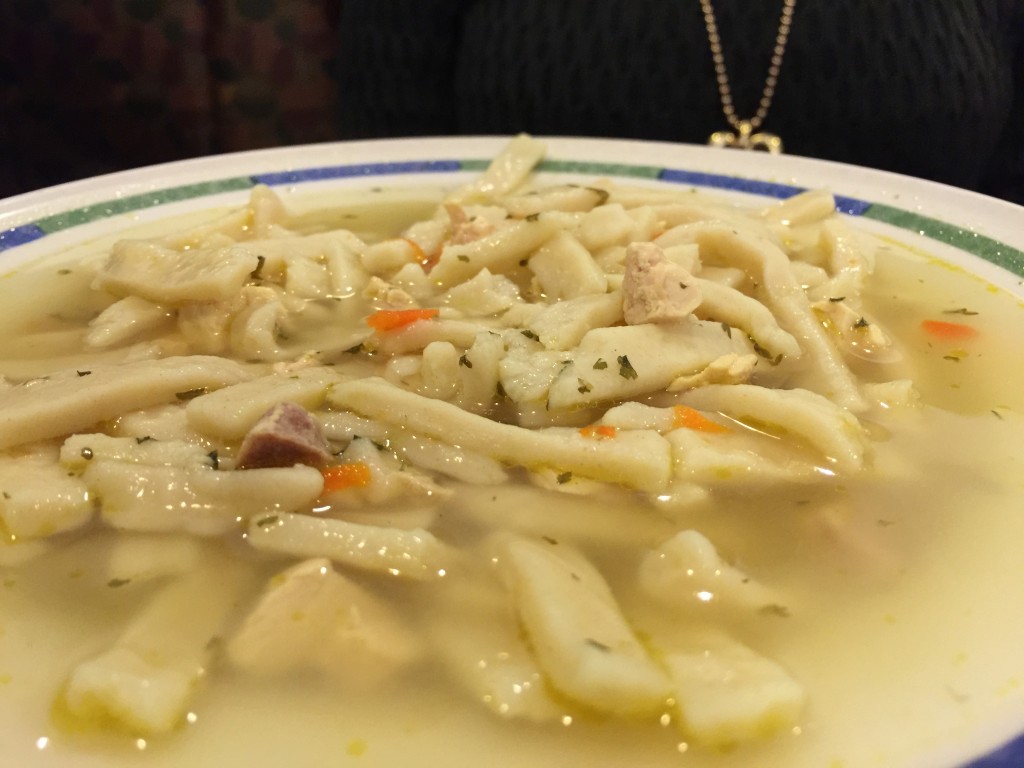 My breakfast arrived- a large plate of eggs benedict Florentine with a side of deep-fried hash browns.

I have to admit, I was skeptical- could Eat’n Park serve a poached egg? What about the hollandaise? The answer was a resounding YES. The sauce was tasty and seasoned- the eggs were light, and perfectly cooked. Chopped bacon, garden tomatoes, and a toasted English muffin completed the dish- DELICIOUS! I also enjoyed the fried hash browns with plenty of Heinz ketchup. 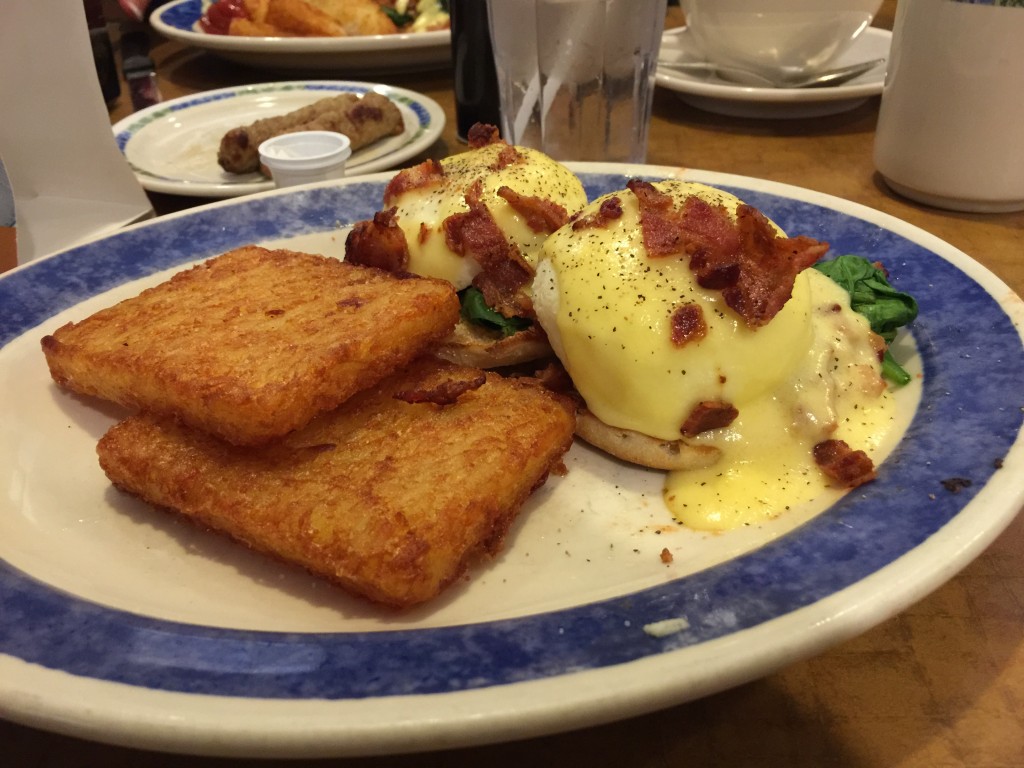 I was pleasantly surprised at the quality and freshness of the food at Eat’n Park. The next time I have a hankering for some eggs benedict I’ll to find my way back for another meal- maybe if the Steelers had done so, they would have played better against the Jets.