If you haven’t been to the Mon Valley, chances are you haven’t heard of Lenzis.   Lenzi’s has been serving Italian fare since the 40s. The family owned business occupies a small white building on Gee Street in Monongahela.

We arrived on a Saturday afternoon just after lunch time- a large storm was approaching, and we were glad to get a seat in the small restaurant. As we sat, a gentleman in a booth next to us said hello, and raved about the food. He was enjoying a barbecue sandwich- his wife was eating a colossal fish sandwich. “The best part about eating here is being able to take half of your meal home for dinner.” He wasn’t kidding- the portions at Lenzis are very generous.

Décor at Lenzi’s is minimal- the interior is quite plain, and I think they like it that way. There are a few booths, and some tables in the center of the room. Stools are available at the counter if you prefer to eat alone.

The food at Lenzi’s is basic Italian, prepared with care. You can get any type of Parmesan, as well as salads, burgers and sandwiches. Everything is prepared on site, and from scratch.

We opted for kale raviolis with red sauce, a chef’s salad, and chicken parm. Everything was served in a timely manner. Six large raviolis were delicious, and firm to the bite. The red sauce that accompanied the dish was slightly sweet with just a hint of heat. My chef’s salad had large strips of ham, tomatoes and olives, and was topped with an abundance of freshly grated provolone. The chicken parm looked appetizing, and was served with a large portion of spaghetti. 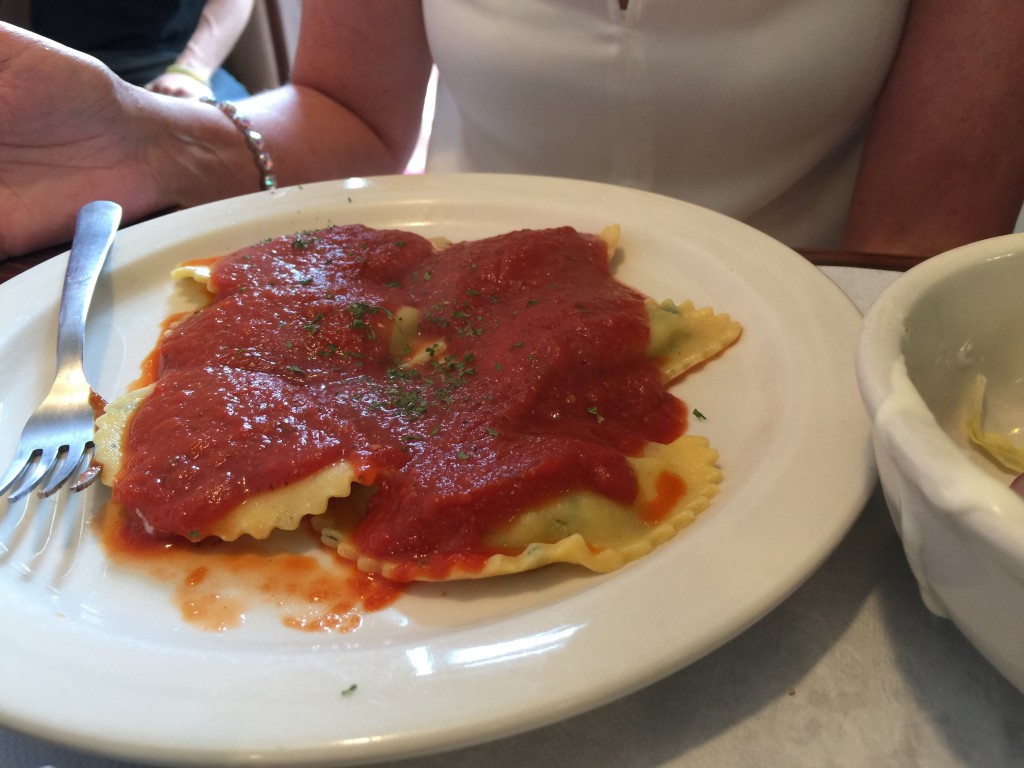 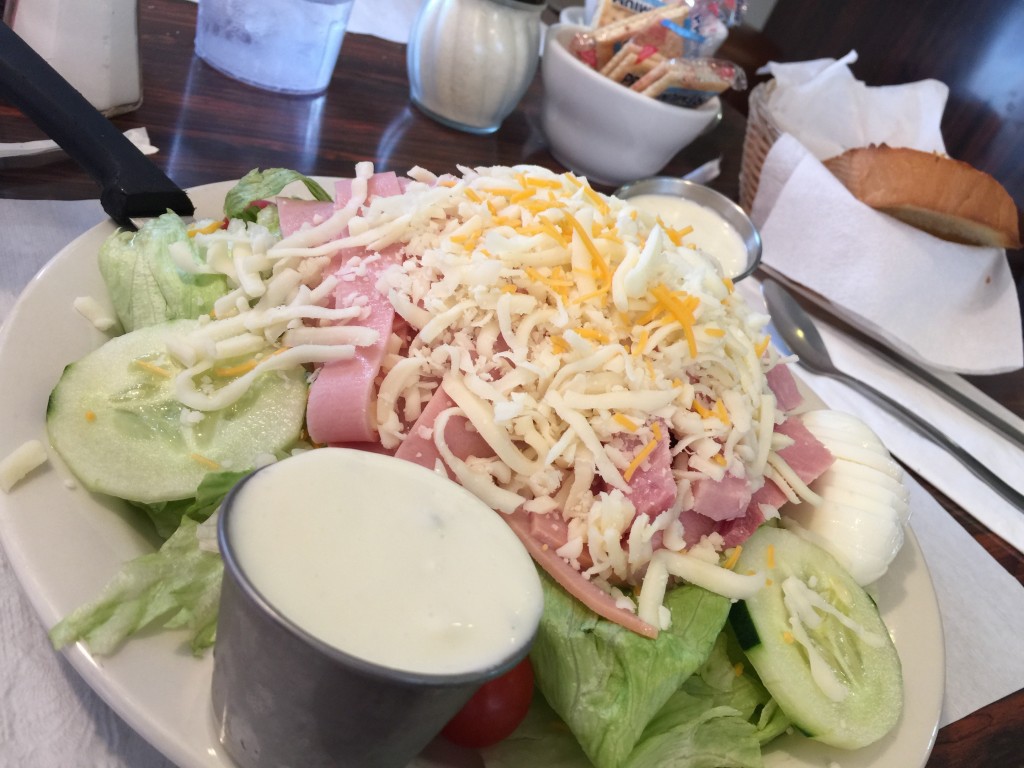 If you have a sweet tooth, you will happy with the dessert selections at Lenzi’s. Their pies and cakes are world-class, and prepared on site. They have coconut cream (my personal favorite) cheesecake, and Oreo-cream pie, just to name a few.

Lenzi’s is worth visiting, even if it is off the beaten path. The delicious food, outstanding service, and rich history make it a true gem.