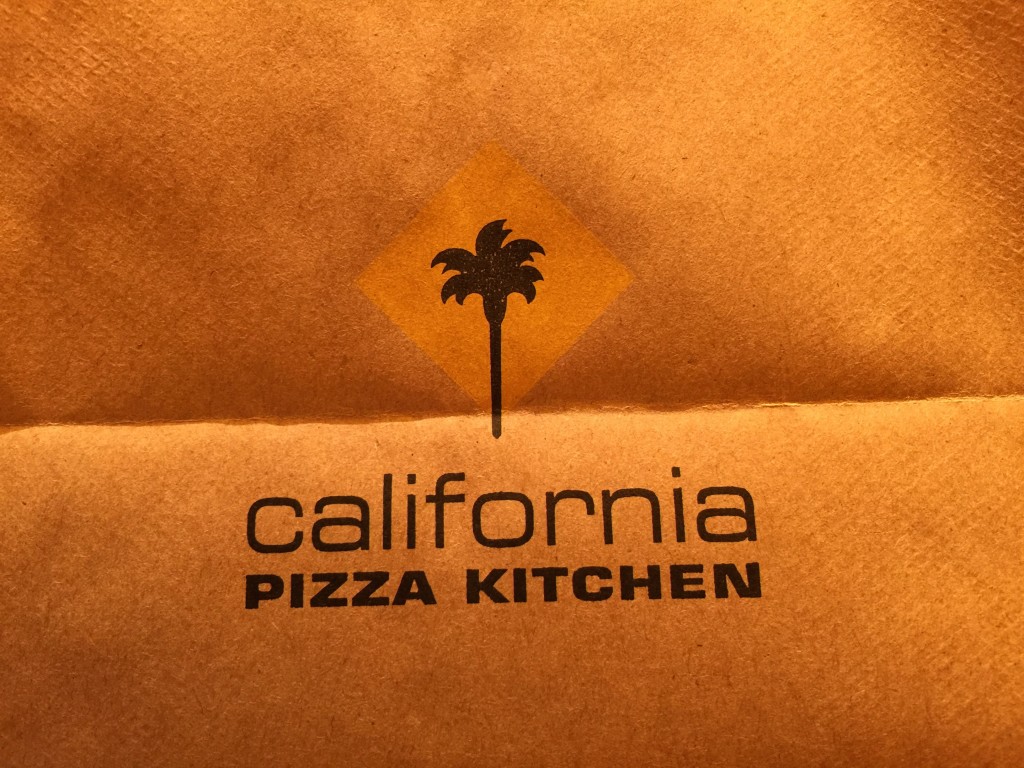 I had the opportunity to eat at California Pizza Kitchen in Ross Park Mall recently. The name intimates an Italian eatery, but nothing could be further from the truth.

The interior of the restaurant is very chain-restaurant-ish. There are plenty of booths, and tables with wooden chairs. Décor is understated and bland.

We didn’t have reservations, but the staff happily accommodated out party of 10 by sliding a few tables together. Our waitress and her nose ring arrived in a timely matter, and took our appetizer and drink orders. 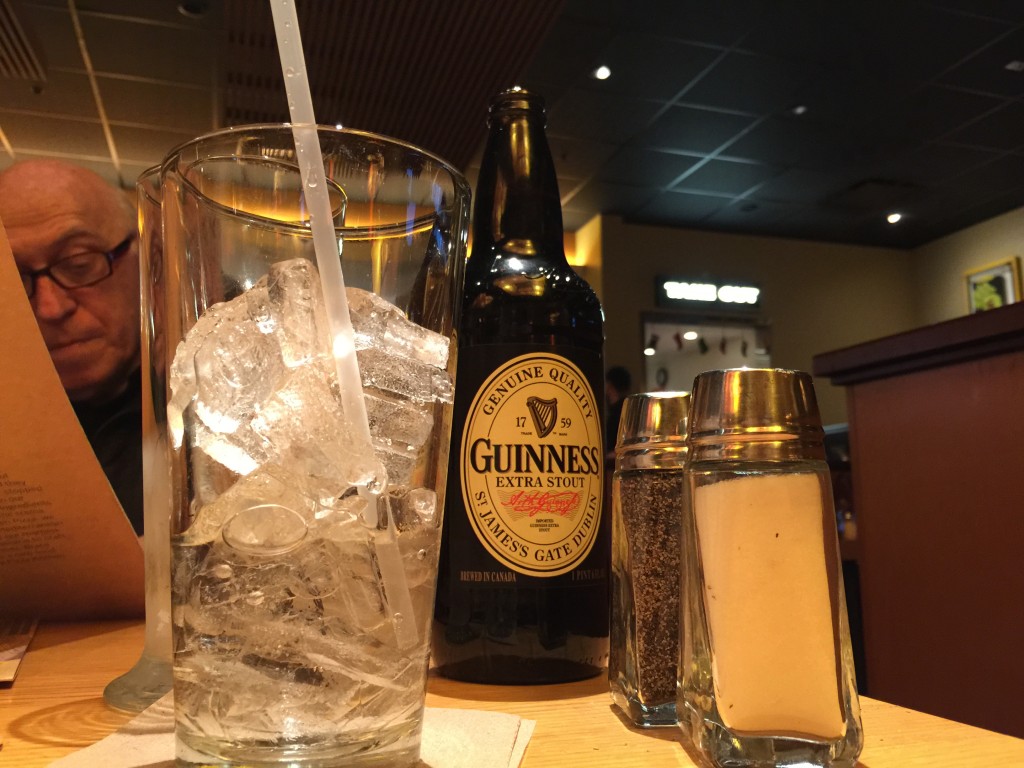 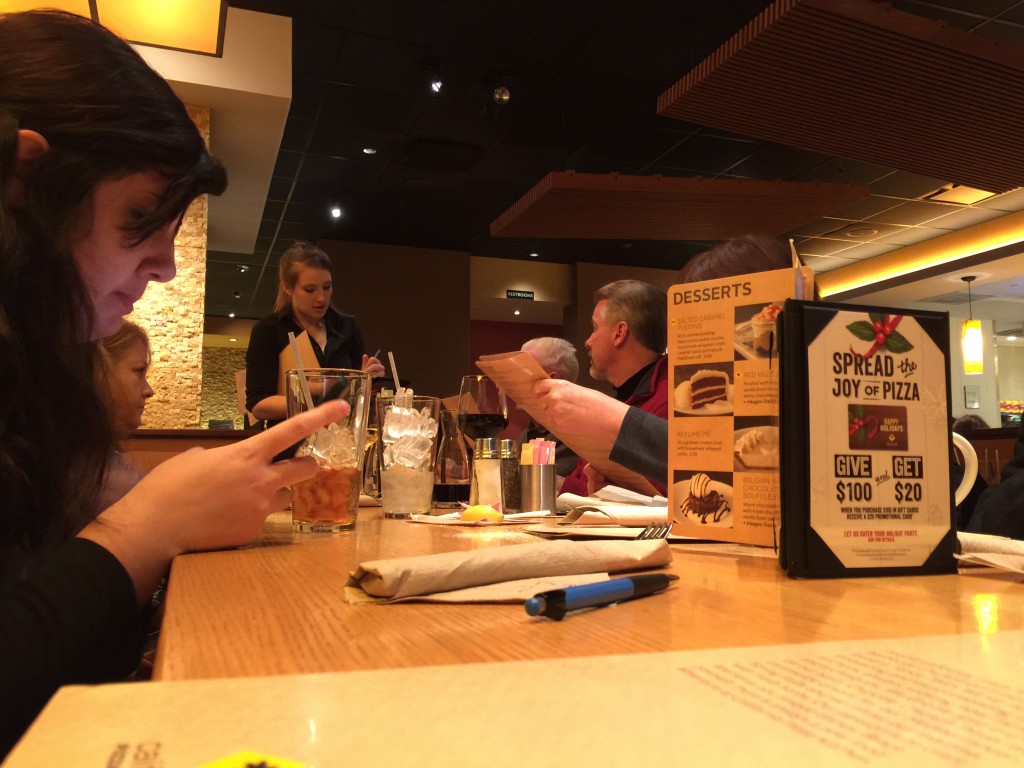 Checking out the menu-

In addition to pizza, California Pizza Kitchen offers some new starts such as Quinoa and Arugula Salad, Fire Roasted Chile Rellenos, Shrimp Scampi Zucchini, Korean Barbecue Pizza, Grilled Chicken Chimichurri, and pumpkin cheesecake for dessert. The menu at California Pizza Kitchen is vast, and can surely accommodate anyone’s tastes and dietary requirements. Gluten-free pizzas are also available for all you glutards out there.

We started with an order of Spinach Artichoke Dip and Sesame Ginger Chicken Dumplings. The Spinach dip was served with bland tortilla chips, and had a troubling taste, odd color, and slimy texture. The dumplings were tasty, but could have been less gummy. 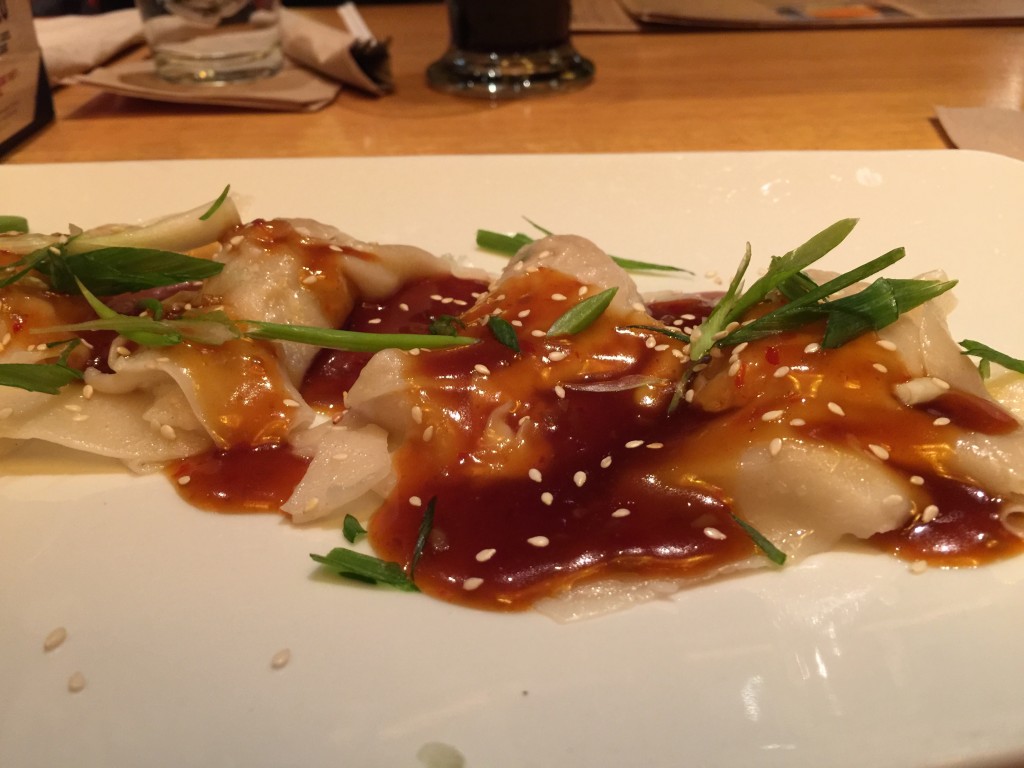 I had a chopped salad with blue cheese that was tasty; the greens were fresh and crispy, and the dressing was delicious.

I ordered fish tacos made with mahi, shredded cabbage and ranchito sauce. The tacos were well seasoned, but were served with the same tasteless chips that accompanied the spinach dip, and a moist-free lime wedge that resembled citrus jerky. Homemade tortilla chips can be made using a fryer and corn tortillas with plenty of salt and pepper- just a suggestion. 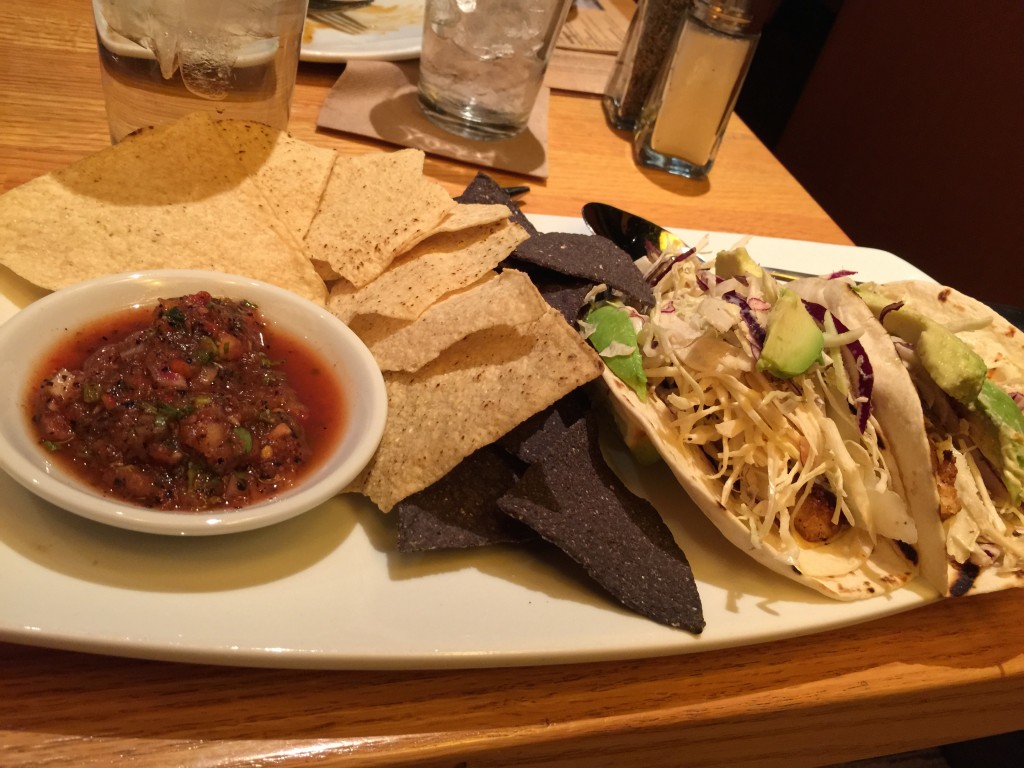 California Pizza kitchen has the potential to have quality food, but the current menu is a bit schizophrenic. An improvement could be made by offering one type of cuisine (contemporary Italian perhaps), with concentration on improving the freshness and quality of the dishes.