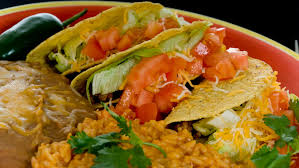 I’ve always loved Mexican food.  Growing up in San Diego, I was lucky to be exposed to so much authentic Mexican cuisine.  Since moving to Pittsburgh several years ago, I was finding good Mexican food to be elusive.  My sister told me about a restaurant she had found in Monroeville, El Campesino.  She went on to tell me that this was the closest to good Mexican food that he had sampled since leaving the West Coast; I was ready to give it a try.

The restaurant smelled good; the aromas I was experiencing were reminiscent of the good Mexican restaurants on the West Coast- so far, so good.  We were greeted by a host with a thick Mexican accent, and seated at our table.  As we looked over the menu, our waiter arrived and took our drink order.  My sister ordered a margarita on the rocks, and I opted for a Dos Equis.  Her margarita was tangy and strong.  The tequila puckered my lips; enough for me, I had to get us home.   Happily, we ate the chips and salsa on the table.  The tortilla chips were oily and covered with salt- more beer please.

The interior of El Campesino is uncomplicated.  The décor is minimal, and the tables and chairs are a blue-greenish color.  There are a few posters on the walls, nothing too unusual.  El Campesino seats approximately 60 people, and on this night, most of the seats were filled.

After a few baskets of chips, I decided on the Burritos Deluxe.  One beef and one chicken burrito served with rice, beans, sour cream, and lettuce.  My sister had the Enchiladas Verdes- three enchiladas stuffed with chicken and served with a Mexican green sauce.  My burritos arrived, and they were truly grande!  I was excited because this finally looked like true Mexican food.  As I cut into my burrito and took a bite, well, I was disappointed to say the least.  The chicken was blanched (boiled and cooked in water) and completely tasteless.  I’m not sure if the cooks were “dumbing” the food down for this gringo’s palate, but it was taste-free.  Where was the cilantro, cumin, peppers, and salt and pepper?  The beef burrito was much of the same.  The meat was braised (where’s my carne asada?) and unseasoned; plain, plain, plain!  My sister experienced much of the same thing….the enchiladas looked good, but lacked substance and taste on the inside.  The beans and rice were good; I ate them right up.

So, should you try El Campesino?  I’m not sure.  If you like Mexican food you’ll probably like El Campesino.  If you’ve experienced truly authentic Mexican food, you may be disappointed.