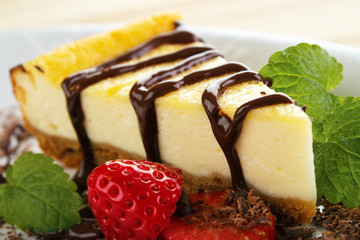 Fine is one of my favorite words of ambivalence.  I use it frequently, probably more than I should.

“How was your day?”
“It was fine.”
Not good…not terrible, just…fine.

That is how I feel about The Cheesecake Factory.  In my opinion, there is nothing great about it, but it’s certainly not the worst restaurant.  It’s fine.

I went to The Cheesecake Factory at Southside Works last Thursday with a few girlfriends.  We decided to order a few drinks and share appetizers, nothing out of the ordinary.  The restaurant wasn’t crowded, so we got a table right away.  (Which was good because some of us suffer from a very serious affliction called Hungergrump).  Once hungergrump sets in, the affected person cannot be held responsible for the change in mood.  It’s abrupt and horrifying…the only cure is food….now.)

Anyway, we were seated, and  ordered drinks.   I am a big fan of bleu cheese stuffed olives, so I ordered the Well-Mannered Martini, a Ketel One vodka martini, straight-up & dirty with the bleu cheese olives.  My roommate had the same, my sister had a bloody mary, and another friend ordered a Lemon Drop martini.  We were all pretty happy with our drinks, and I’ll tell you right now that the drinks were the best part of the meal.

Then, we ordered four appetizers to share.  The thing is we forgot that we were at The Cheesecake Factory and that the portions there are out of control.   I’ve been to CF many times, and every time I’ve had to take a doggy bag.  The portion sizes are BIG.  The prices correspond to the size of the dishes, but both are, I think, larger than necessary.  So very American.

We ordered white-bean hummus, Tex-Mex eggrolls, grilled chicken nachos, and buffalo blasts.  We loved the blasts and the hummus.  The hummus tasted fresh, although there was nothing particularly dazzling about the dish; grocery store hummus is just as good.  (Sidenote:  Sabre Supremely Spicy Hummus is awesome!)  Buffalo Blasts are fried pockets of buffalo chicken dip.  They are good, I get them frequently, but they are nothing special.  The eggrolls were fine; they came with an awesome teriyaki sauce.  Though the nachos were delicious, it was just too much food…we barely touched them.  I think when ordering for a group, it’s better to have too much food rather than not enough, obviously.  We forgot, though, where we were.  And nachos do not reheat well.

After the meal of appetizers and vodka, my friends and I shared slice of Dulce de Leche Cheesecake.  It was really very delicious, especially after the spicy meal.  Cheesecake and coffee and some good buddies…man…when did my life become Golden Girls?

It was a nice evening.  The drinks were good, the food was fine, and the service was pretty good, too,  but, as I said, nothing out of the ordinary.